'Crazy, Stupid, Love' co-stars Emma Stone and Steve Carell are set to reunite in 'Battle of The Sexes'. 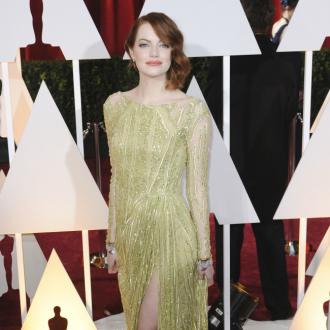 Emma Stone will star opposite Steve Carell in 'Battle of The Sexes'.

The 'Birdman' actress and Steve, 52, will reportedly play iconic tennis rivals Bobby Riggs and Billie Jean King in the movie which recreates the legendary 1973 meet between the former pro and 29-year-old sportswoman, which drew in an audience of 50 million.

The pair - who previously played a father and daughter duo on screen in the rom-com 'Crazy, Stupid, Love' - will be directed by 'Little Miss Sunshine' helmers Johnathan Dayton and Valerie Faris.

The film is based on a script by Simon Beaufoy and is set to begin filming this year in time for a 2016 release, reports Empire Online.

Emma, 26, is also set to team up with her other 'Crazy, Stupid, Love' co-star Ryan Gosling after the pair entered into negotiations to star in 'La La Land'.

The pair are in talks with director Damien Chazelle and Lionsgate to appear in the upcoming romantic musical after Miles Teller - who played the lead in Chazelle's Oscar-nominated film 'Whiplash' - dropped out.

Although neither Stone, 26, nor Gosling, 34 - who also appeared alongside one another in 'Gangster Squad' - have officially signed up for the film, production is scheduled to begin in autumn with the studio hoping to have the Hollywood stars on board.