Emma Stone hates talking about her relationship with Andrew Garfield because it is so ''special'' to her. 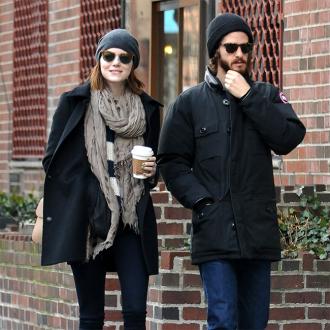 The 26-year-old actress - who recently reconciled with her 'Amazing Spider-Man' co-star following a brief split - always feels uncomfortable talking about their bond because it is so important to her.

She said: ''I understand the interest in it completely because I've had it, too. But it's so special to me that it never feels good to talk about, so I just continually don't talk about it.''

However, the 'Irrational Man' actress admits she sometimes fuels gossip and speculation with her own ''rebelliousness'', such as when she was seen carrying a bag labelled with Andrew's name during their recent split.

She told the Wall Street Journal: ''When I picked up the bag, I was like, 'This is kind of funny if there are any [paparazzi] out there.' There's probably some rebelliousness that comes out in me after all these stories and people texting you for weeks about something that, for the most part, is not true. But even when it's false, I would rather just let it be false.''

Earlier this year, Emma was nominated for the Best Supporting Actress Academy Award for her role in 'Birdman' but didn't even prepare a speech as she was so confident 'Boyhood' star Patricia Arquette would win the prize.

She said: ''Are you out of your mind? Are you actually insane? Patricia Arquette had that thing locked up!''