Emma Stone taught Woody Allen how Twitter worked - and unwittingly used one of the director's own lines as an example of a good post on the micro-blogging site. 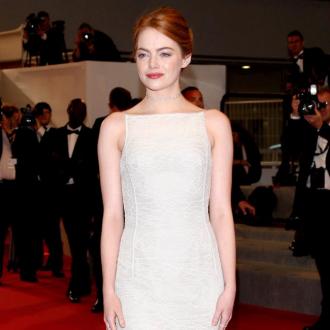 Emma Stone had to teach Woody Allen how Twitter worked.

The 26-year-old actress was asked about the microblogging site by her 'Irrational Man' director - and the quote she chose to illustrate how the social media outlet worked turned out to be one of his own.

Speaking on 'Conan', she said: ''He asked me what Twitter was.

''I had to explain Twitter to him, 'It's 140 characters, you have to write these sentences. I don't really understand the point unless you are a musician advertising a gig or you are comedian doing one liners.' ''

When Woody, 79, asked for a ''good example'' of a Twitter post, Emma - who is dating actor Andrew Garfield - went to the account of Joyce Carol Oates after the filmmaker said he knew it personally and read out her post: ''Tragedy plus time equals comedy.''

According to the 'Birdman' star, the actor-and-director replied: ''That's my line. We said it about forty times.

''I don't think she intentionally stole my line, maybe she just remembered.

And Emma believes the fact her example was taken from Woody's 1989 movie 'Crimes and Misdemeanors' just proved the eccentric star should open an account on the site.

She concluded: ''My only example was his own quote. That's probably another reason why he should be on Twitter.''

While Emma is keen for her director to join Twitter, she recently admitted she has no plans to rejoin the social media site, after being locked out of her account by hackers three years ago.

Asked if she would consider relaunching her profile,she said: ''I don't think so.''

Emma previously revealed hackers had blocked her from accessing her account and blamed them for a series of bizarre tweets.

Speaking in 2013, she said: ''I've tweeted one time to Seth MacFarlane, I said, 'Me too, oh boy.' And then I've been hacked ever since, and they've locked me out of my Twitter so I can't access it because they changed my email and my password, so we are trying to figure out how to delete it.''