Emma Stone has revealed she and her mother had matching tattoos - which were designed by Sir Paul McCartney. 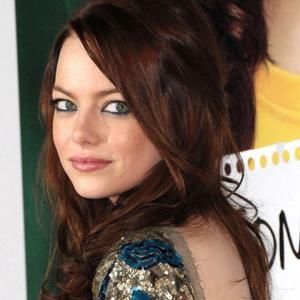 The 21-year-old actress and her mother decided to get matching inkings to celebrate her parent's successful breast cancer treatment so she wrote to the former Beatles singer to ask if he would draw two little bird feet to base their design on after being inspired by the group's song 'Blackbird' - her mum's favourite track.

Emma told US TV talk show host David Letterman: "Two years ago she got diagnosed with breast cancer. She's out of the woods now, which is amazing. We've never gotten tattoos before, and probably never will again.

"My mum's favourite song is 'Blackbird', and it's my favourite song as well. I wrote a letter to Paul McCartney asking him if he would draw two little bird feet - because he wrote the song - and he sent them to me.

Emma - who was recently confirmed to appear in the forthcoming 'Spider-Man' movie - first met the 'Yesterday' hitmaker through a mutual friend, actor Woody Harrelson.