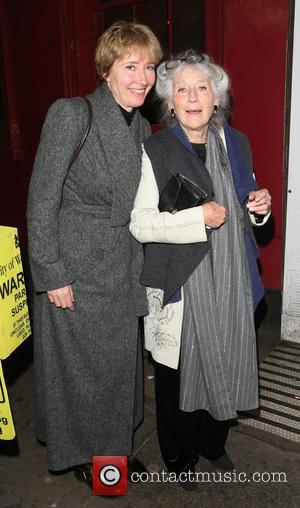 Emma Thompson, Sir Kenneth Branagh and Felicity Kendal were among the stars who gathered at a memorial service in London on Wednesday (06Mar13) to pay tribute to late British actor Richard Briers.

Hundreds of friends and family members attended St Michael and All Angels Church to remember the beloved star, who died aged 79 on 17 February (13) after a long battle with emphysema.

Briers' daughter Kate told the congregation her family was touched by the messages of condolence they have received: "It was with a feeling of awe and comfort that one man could have had such a powerful and positive effect on people."

Father Kevin Morris, vicar of the church, added, "Richard wasn't starry, he was down to earth. Possibly the greatest tribute today is our smiles... He knew everyone, from the pet-shop owner to the newsagent, to near neighbours. Forgive me if I say about him: It was a good life."

Afterwards, Hancock wrote in the book of remembrance: "How we will all miss you," while Branagh, who directed a 1997 production of Hamlet starring Briers, offered, "It was a beautiful service. I think Richard would have thought it was wonderful... We love you, darling man. Thank you for being."