Emma Thompson has forgiven Helena Bonham Carter for allegedly having an affair with her ex-husband Kenneth Branagh. 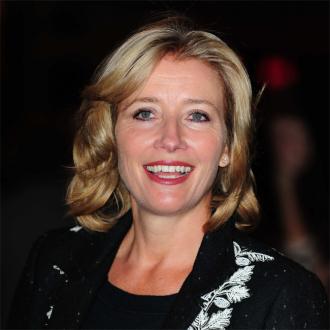 Emma Thompson has forgiven Helena Bonham Carter for allegedly having an affair with her ex-husband.

The 'Saving Mr. Banks' star, who ended her marriage with Kenneth Branagh in 1995 amid rumours he had a fling with Helena on the set of 'Mary Shelly's Frankenstein,' has revealed their issues are ''all blood under the bridge'' and thinks the 'Lone Ranger' actress, who is now married to director Tim Burton, is a ''wonderful woman.''

The 54-year-old British actress told the UK's Sunday Times newspaper: ''You can't hold on to anything like that. I just think . . . pfft. It's pointless. I haven't got the energy for it. Helena and I made our peace years and years ago.''

She added: ''Oh we are [alike]. Being slightly mad and a bit fashion-challenged. Perhaps that's why Ken loved us both. She's a wonderful woman, Helena.''

Emma, who has a daughter, Gia, 13, and an adopted son, Tindyebwa Agaba, 26, with her husband Greg Wise, also admitted personal heartbreak has helped make her a better actress.

She said: ''I've had so much bloody practice at crying in a bedroom, then having to go out and be cheerful, gathering up the pieces of my heart and putting them in a drawer.''