Emma Thompson to play Mrs. Potts in Beauty and the Beast 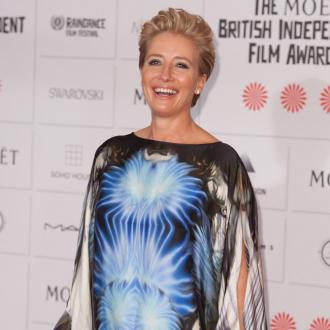 Emma Thompson will play Mrs. Potts in Disney's live-action 'Beauty and the Beast'.

The 55-year-old actress will star in the role that was voiced by Angela Lansbury in the 1991 original animated film, while Kevin Kline has been lined up to play Maurice, Belle's father.

What's more, Disney has confirmed the eagerly-awaited movie will feature songs from the original film, as well as new tunes written by Alan Menken and Howard Ashman.

The casting of the award-winning actress comes after it was announced former 'Harry Potter' star Emma Watson would take on the lead role of Belle in the upcoming live-action adaptation of the Disney classic.

Emma, 24, could barely contain her excitement about playing the iconic princess in the Bill Condon-directed picture when she broke the news to her fans on her Facebook page.

She said: ''I'm finally able to tell you... that I will be playing Belle in Disney's new live-action Beauty and the Beast! It was such a big part of my growing up, it almost feels surreal that I'll get to dance to 'Be Our Guest' and sing 'Something There'.

''My six year old self is on the ceiling - heart bursting. Time to start some singing lessons. I can't wait for you to see it. Emma xx''