Emma Thompson has been called in to pen the third instalment of the Bridget Jones series, entitled 'Bridget Jones' Baby', after cast members revealed they were unhappy with the script. 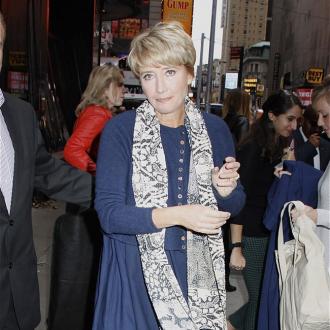 The 'Saving Mr Banks' star has been called in to re-write the screenplay following complaints from the movies' stars, who revealed they were unhappy with the planned script for the movie adaptation of Helen Fielding's latest novel, 'Bridget Jones: Mad About The Boy'.

Emma, 55, is thought to have begun improving Helen's script - who had penned the first draft with 'One Day' author David Nicholls.

A source told The Sun newspaper: ''Trying to get a third film into production has been a nightmare.

''The cast didn't like the script and they've now got Emma involved in the hope she can add her British charm.''

The star-studded cast - which is thought to include Renee Zellweger and Colin Firth - have faith in the Brit-born actress after she wrote and starred in the children's film 'Nanny McPhee' alongside Colin Firth in 2005 and won an Oscar for her adaptation of Jane Austen's novel 'Sense and Sensibility' in 1995.

She is also close friends with Richard Curtis - who penned the first two well-loved instalments, which followed the life of the struggling singleton.