Emma Watson was stunned to see how many unworn clothes Paris Hilton had in her wardrobe and believes excessive consumerism is a form of kleptomania. 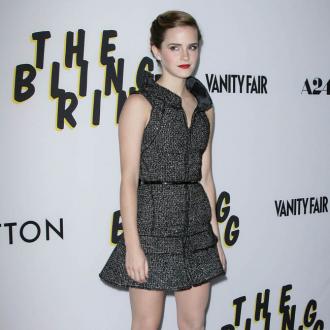 The 23-year-old actress was shocked when she visited the hotel heiress' lavish mansion to film scenes for her new film 'The Bling Ring' - since Paris was a victim of the thieving Bling Ring gang in real life - and was amazed to discover how materialistic some celebrities can be.

Recalling stepping into Paris' enormous walk-in-wardrobes, Emma told the Radio Times magazine: ''It's almost like consumerism as a form of kleptomania. She could never wear all of those clothes and half of them were brand new and still had the price tag on.

''But I suppose she just bought them to have them. We've all bought things on impulse but that's an entirely different thing.''

It appears the Bling Ring gang - who famously stole £2million of luxury goods from the homes of celebrities in the Hollywood Hills, including Lindsay Lohan and Miranda Kerr - would have been wasting their time had they targeted Emma.

Despite her personal fortune standing at over £26million, the starlet insists she is far more down-to-earth and would never waste money on unnecessary clothes and accessories.

She said: ''I've got about eight pairs of shoes and that's it.''

The actress has had no trouble forging a serious career for herself after spending her teenage years playing bookish witch Hermione Granger in the 'Harry Potter' franchise, and lamented the new breed of celebrity who are famous for no reason.

Emma mused: ''There's a whole new definition to celebrity now. And I think that's why you see a lot of actors blanching at being associated with that word ''celebrity'' because it's become something that isn't really associated with having a craft...

''But it's easy for me to sound like a total hypocrite because, of course, I'm dressed in designer clothes right now.''