Emma Watson has dedicated a Britannia Award to her pet hamster who died on the set of the first 'Harry Potter' film. 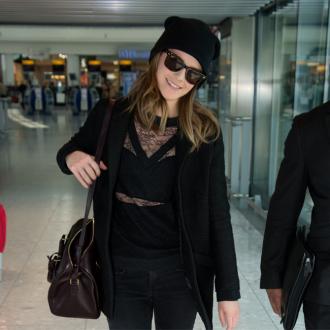 Emma Watson dedicated an award to her dead pet.

The 24-year-old actress accepted the award for British Artist of the Year at the Britannia Awards, hosted by BAFTA, in Los Angeles on Thursday night (30.10.14) and devoted her win to the pet hamster she lost on the set of 'Harry Potter and the Philosopher's Stone'.

In a clip from the award ceremony that will be shown on BBC America tomorrow night (02.11.14), Emma said: ''I'm especially honoured to be receiving this award from the BAFTA LA because the British film industry hasn't just been a workplace for me. It's been the place that I grew up. It's been a surrogate family, really.

''And a sweet, but slightly morbid example of this, is when on the first 'Harry Potter' film, my on-set hamster Millie had a heart attack and didn't quite make it.''

The 'Perks of Being A Wallflower' star explained how the movie's set decorators built a mahogany coffin for her pet, which had a velvet lining and a silver plaque with Millie's name inscribed on it.

She continued: ''You're all very special to me and your vote of confidence means a lot.

''And I take it as such a great honour that you're giving me this award tonight ... Thank you very very much. And rest in peace, Millie, this one's for you.''