Emma Watson Gets Voice In My Head?

Emma Watson is in talks to take a leading role in Warner Bros. movie 'Your Voice in My Head', which will re-team her with 'Harry Potter' director David Yates. 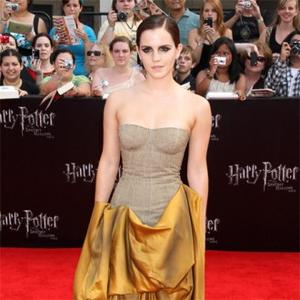 Emma Watson is in negotiations to star in 'Your Voice in My Head'.

The British actress - who recently filmed a role in novel adaptation 'The Perks of Being a Wallflower' - will reteam with 'Harry Potter' director David Yates for the project, which tells the tale of a young woman who attempts to kill herself before being saved by a psychiatrist who himself is dying.

Warner Bros is keen to get Watson on board, and is considering Tom Hanks and George Clooney for the role of the medical professional, according to Deadline.com.

The movie is based on the memoir by Emma Forrest.

Emma most recently took a small role of wardrobe assistant Lucy alongside Michelle Williams and Kenneth Branagh in Marilyn Monroe biopic 'My Week with Marilyn', and she previously admitted she has an affinity for the late Hollywood siren.

She said: "I certainly feel a lot for her and for what she went through.