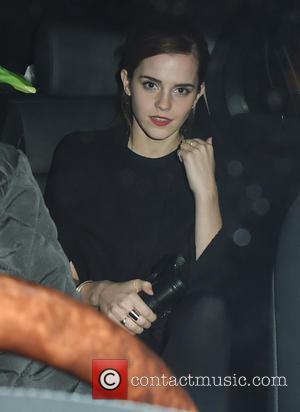 Emma Watson is to mark International Women's Day on Sunday (08Mar15) by hosting a fan event to discuss gender equality.

The Harry Potter star launched her #HeForShe campaign at the United Nations (U.N.) headquarters in New York in September (14) as part of her role as a U.N. Women Goodwill Ambassador.

She is now continuing the drive by putting on a special event on International Women's Day during which she will discuss the topic of women's rights with fans.

The talk will be streamed online and fans can join in via Facebook, or take part in a competition to win a place at the London event.

In a post on the social networking website, Watson writes, "I hope you'll join me on Sunday 8th of March at 1pm Nyc/5pm London-time for a conversation about He For She and Gender Equality, live on Facebook. If you're in London and would like to be there in person, tell me how you are making a personal impact to advance gender equality. Please submit your story... and you could be selected to attend this special event as an audience member!"