Emma Watson is set to star in Sofia Coppola's 'The Bling Ring', about a group of girls who plundered the homes of the rich and the famous in Hollywood. 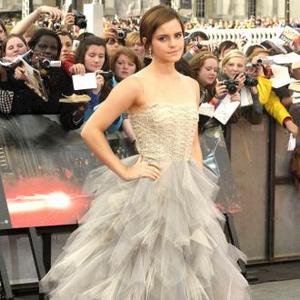 Emma Watson is to star in burglary drama 'The Bling Ring'.

The British beauty will play a leading role in the Sofia Coppola-directed movie about a group of teenage girls in Hollywood who were arrested in 2009 for a string of break-ins at the homes of stars including Lindsay Lohan and Paris Hilton.

Despite being relatively affluent, the girls had become obsessed with the lifestyle led by the celebrities and looked through magazine shoots and TV interviews to see what items belonging to the star's they wanted to steal.

Commenting on the casting, Sofia said: ''I'm excited about the young cast we're assembling and I'm looking forward to shooting on location in Los Angeles.''

Her brother Roman Coppola with produce alongside Youree Henley.

Despite previously claiming she wanted to stop acting and spend more time studying, Emma has completed a number of movies in recent months, including a small role in 'My Week with Marilyn' and an adaptation of 'The Perks of Being a Wallflower'.

She is also expected to star in David Yates' 'Your Voice in My Head'.