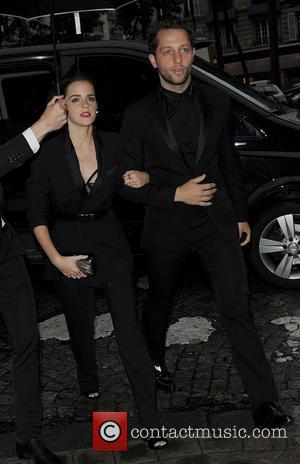 Emma Watson has joined a campaign set up by Turkish women to rebel against a politician who branded females "indecent" for laughing in public.

Earlier this week (begs28Jul14), the Turkish Deputy Prime Minister Bulent Arinc insisted honest women should not laugh in public because it is disgusting.

Females staged a protest on Twitter.com, setting up a campaign with the hashtag #DirenKahkaha, which translates to Resist Laugh, and posted pictures of themselves laughing in open spaces.

Watson, an ambassador for United Nations women, joined in on Thursday (31Jul14) and shared a picture of herself having a giggle at an outdoor restaurant. It has been reposted more than 15,000 times.