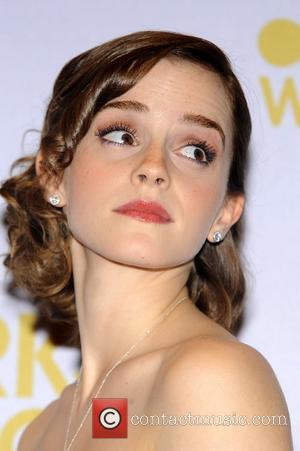 Picture: Emma Watson Gala Screening of 'The Perks of Being A Wallflower' held at the May Fair Hotel - Inside Arrivals. London, England - 26.09.12

Emma Watson has revealed that she was left 'screaming in fear' after she was ambushed by a stalker whilst on set of a new film in the US recently.

The Perks of Being A Wallflower star was filming scenes for a new film on Long Island, New York, when a mystery man jump at her from the bushes and tried to hand her a letter. The actress immediately recognised the assailant as somebody who had stalked her in the past and the star immediately began to scream when she saw his familiar face, fearing the worse for her safety.

A source told the Daily Mirror that the alleged stalker had managed to find his way on to the set where the actress was filming whilst visiting with a group of guests invited on the set. However the man soon disbanded from the group and began to zone in on Watson, eventually finding his target, as she was alone after finishing a scene.

A source has told the paper that after he confronted Watson, "He took off into the woods and was chased by security and a couple of the tough stunt guys who also happen to be martial arts fighters. They caught up with him in the woods. Police were called and he was removed. It was really creepy."

The man was given a warning by police but not taken into custody. Watson is expected to file a restraining order against him in due time.