Emma Watson Living With New Man At Her Dad's

Emma Watson has reportedly moved her new boyfriend Johnny Simmons into the attic rooms of her dad's £2 million home in north London. 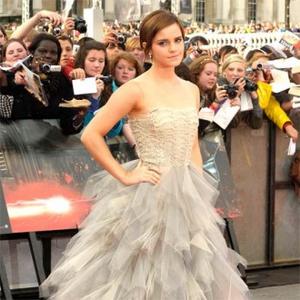 Emma Watson has moved her new boyfriend into her dad's house.

The 'Harry Potter' star is reportedly living with her new beau, actor Johnny Simmons - who she has been dating since they met on the set of new movie 'The Perks of Being A Wallflower' earlier this year - in the swanky attic rooms of her father's £2 million home in north London.

A source explained: "Things are getting pretty serious between Emma and Johnny so she wanted to take him back to London to meet her parents.

"They've been having a brilliant time together. Emma knows the city like the back of her hand so is a great person to show him around."

While staying with the 21-year-old screen beauty's parents, the pair have taken in a number of London sights, making trips to Big Ben, St. Paul's Cathedral and the London Eye.

The source added to The Sun newspaper: "They've done loads of tourist spots but she has also been taking him to a few Flea markets and some great local pubs.

"They've been taking bikes or eco-cars to every tourist trap in the capital, including the London Eye, Big Ben and St. Paul's Cathedral."

After the couple were spotted smooching in Los Angeles earlier this month, Emma - who previously dated British singer George Craig - was said to have looked "utterly besotted" with her new man.

An onlooker explained at the time: "They were all over each other, kissing and hugging. It was very sweet to see. She looked utterly besotted. They're obviously head-over-heels in love."