'Harry Potter' actress Emma Watson was named Style Icon at last night's (14.02.11) Elle Style Awards and said it felt ''amazing'' to be given the accolade. 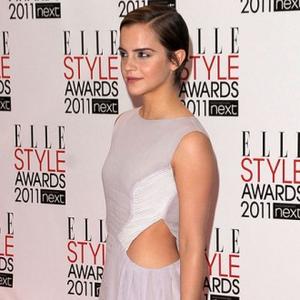 The 'Harry Potter' actress looked stunning in her short Hakaan mini-dress with daring cutaway sides at the star-studded bash at London's Great Connaught Rooms and said she just tried to have fun with fashion.

The 20-year-old beauty - who was presented the accolade by Dame Vivienne Westwood - said: "It feels amazing. Fashion is something that I love. I try not to think about it too much. I try and block all that off and I just do what I love and just have fun with it. I've definitely been feeling the pressure a bit more recently but it's just fun for me."

Elle UK editor Lorraine Candy praised Emma for her individuality, saying: "She's got a very distinct individual look. We always say at Elle, 'It's not what you wear, it's the way you wear it', and she's got such spirit, Emma. I think that makes her stylish."

Full list of winners at the 2011 ELLE Style Awards: