Emma Watson believes she's ready to be ''carrying films'' as a leading lady after ''building a portfolio over the last five, six years.'' 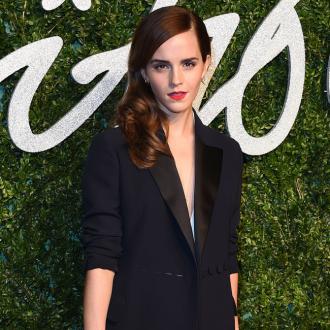 The 24-year-old actress recently completed filming on 1970s-based thriller 'Colonia', based on a woman who gets drawn into the cult settlement Colonia Dignidad in an attempt to find her abducted boyfriend, and felt she was ''ready'' to take on the leading role having been a supporting actress for her whole career.

She explained: ''It feels like I was building a portfolio over the last five, six years.

''Now I feel like I'm ready to really be carrying films. I'm really just ready now to focus on my career full time and go full steam ahead. It's exciting at the moment.''

However, the actress - who starred as Hermione Granger in the 'Harry Potter' films, and has since featured in 'The Bling Ring' and 'The Perks of Being a Wallflower' - admitted the harrowing nature of the film took its toll on her.

She told Total Film magazine: ''I was essentially playing a girl living in a concentration camp. It's tough emotionally, putting yourself in that place every day. So it was gruelling. But I really wanted to try. I really hope I've done it justice for people who actually really lived it and really experienced it.

''It felt like the right thing to do. It really challenged me. It really pushed me to the brink, this role.''