Emma Watson tries to rid her Harry Potter persona and says her hardest part yet is playing a nun in 'Colonia Dignidad'. 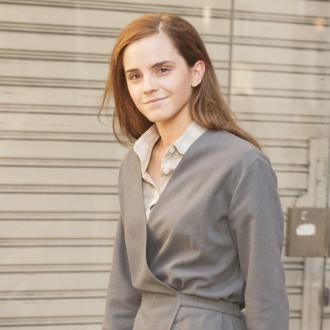 The 25-year-old actress - who rose to fame as Hermione Granger in the Harry Potter franchise - plays Lena in political drama 'Colonia Dignidad' who is forced to join a cult run by preacher Paul Schäfer (Michael Nyqvist) as she searches for her husband who was kidnapped by the government.

Emma told Daily MailOnline: ''It's the hardest part I've ever had to play. But also the most satisfying. It felt like the right thing to do.''

Set in Chile in the seventies and directed by Oscar-winner Florian Gallenberger, the film tells the true story of Emma's character who disguises herself as a nun to infiltrate a Nazi cult.

And Emma hopes the role will be the final ''push'' that will rid her of her Hogwarts persona.

A source shared: ''Emma is determined to distance herself from Harry Potter and this is her big push to be taken seriously. She gives an amazing performance and is being tipped as an Oscar contender. She is dowdy in this movie - she's undergone a make-under.''

Colonia Dignidad opens in Germany next month and the UK early next year.