'Harry Potter' actress Emma Watson has claimed directing the movies was a ''huge burden'' for the filmmakers, and seeing it first-hand means she has sympathy for 'Noah' boss Darren Aronofsky. 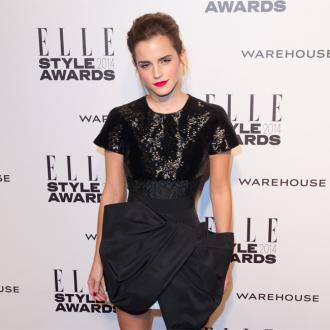 Emma Watson says 'Harry Potter' was a ''huge burden'' for its directors.

The actress played Hermione Granger in the wizard saga, and she admitted the filmmakers across the series - Chris Columbus, Alfonso Cuarón, Mike Newell and David Yates - all faced a huge amount of pressure.

She told the Mail on Sunday newspaper's Event magazine: ''I do know what it takes.

''Each of the 'Harry Potter' directors looked as if they had aged about 10 years by the time they'd finished. It's a huge burden to carry.''

Her experiences working on the eight movies - adapted from J.K. Rowling's seven-part book series - means she sympathised with the task facing 'Noah' director Darren Aronofsky on the biblical blockbuster.

She said: ''Darren doesn't shave during films, so there was this kind of dilapidation that happened throughout, where by the end of it he looked like this mad caveman.''

Watson - who stars in the film as Ila - admitted she wasn't sure about taking on the role until Aronofsky laid out his vision for her.

She explained: ''To be honest, the idea of making a film of Noah seemed really cheesy to me - the dove and the rainbow the two-by-two ... Darren is the lord of darkness and grittiness.

''And then he explained it to me as this really interesting post-apocalyptic world - not set in the past, but not set in the future, and not a sandal in sight.''