Emma Watson Signs Up For Beauty And The Beast

Emma Watson will star in a new film adaptation of 'Beauty and the Beast', to be directed by Guillermo Del Toro. 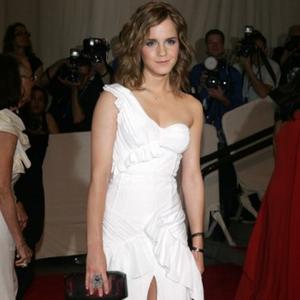 Emma Watson will star in a film adaptation of 'Beauty and the Beast'.

The 'Harry Potter' actress will take the lead role in a new version of the traditional fairy tale, to be made by 'Lord Of The Rings' director Guillermo Del Toro.

The film's producer, Denise Di Novi, told comingsoon.net about the casting, but little else about the film is known at present.

The movie is likely to be Emma's first lead role after 'Harry Potter and the Deathly Hallows: Part 2' â the last film in the series - which went into cinemas last week.

The 21-year-old star recently told how she is keen to play characters who promote strong role models to young girls.

She said: "I feel like young girls are told they have to be this kind of princess and be all this sweet stuff.

"It's all bull***t. I identify with more of being a warrior princess, so if I had to be a princess, I'd have to kick some ass first. That would have a lot of people terrified."

While she has no leading roles lined up, Emma does have two smaller parts in 'The Perks of Being a Wallflower' and 'My Week with Marilyn', both set for release within the next year.

'Beauty and the Beast' has been adapted into film a number of times, including an animated version by Walt Disney in 1991 and in a modern take starring Alex Pettyfer titled 'Beastly' earlier this year.