Emma Watson thinks sexism is rampant in Hollywood and insists ''women are just as guilty of discriminating against women.'' 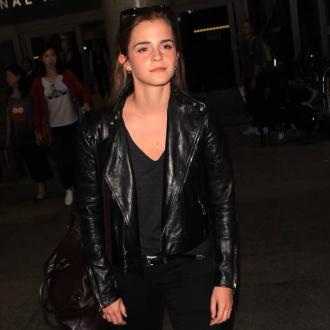 The 'Perks of Being a Wallflower' actress insists ''women are just as guilty of discriminating against women'' and claims she has been ''treated so incredibly differently '' from many of her male co-stars.

She said: ''I have experienced sexism in that I have been directed by male directors 17 times and only twice by women. Of the producers I've worked with 13 have been male and only one has been a woman. But I am lucky: I have always insisted on being treated equally and have generally won that equality. Most of the problems I have encountered have been in the media, where I have been treated so incredibly differently from my male co-stars.''

The 'Harry Potter' star launched the HeForShe campaign, which aims to promote gender equality, at the UN last September, and admits it has made her ''even more aware'' of the inequality in the film industry.

She told the UK's The Guardian newspaper: ''If something does go wrong in the workplace, the support network is not brilliant.''

But Emma also believes women in the industry ''can be incredibly prejudiced against each other.''

She said: ''The men at the top often find it difficult to relate to a lot of the problems women face and therefore we aren't taken very seriously. Yet, women are just as guilty of discriminating against women. Some of the best feminists I have encountered are men, like Steve Chbosky who directed me in 'The Perks of Being a Wallflower,' and director James Ponsoldt who I am working with at the moment [on 'The Circle']. Some women can be incredibly prejudiced against other women!''