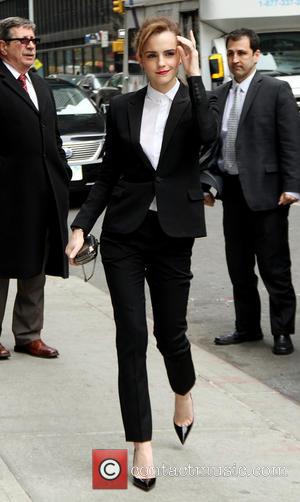 The Harry Potter star portrays Noah's adopted daughter Ila, who is pregnant with twins in the film, and to add authenticity to her performance, she asked costume experts to create a fake stomach for her, insisting it should weighed as much as it would if she was actually pregnant with twins.

However, shooting with the prosthetic piece was a lot more difficult than the actress expected.

She says, "I came up to her (costume department head) the next day and I was like, 'You can't be serious, I'm exhausted, this is crazy', and then she turned to me and said, 'Yeah, that's just the weight of one child...'

"I called my mother after the first day of shooting and I was like, 'This is crazy', and she was like, 'You don't get to complain, you only faked it'. I have a whole new respect for women and motherhood."