Emma Watson Tapped To Replace Alicia Vikander In The Circle

Emma Watson Is Reportedly In Talks To Replace Actress Alicia Vikander In New Tom Hanks Movie The Circle As The Rising Swedish Star Weighs Up Roles In The Upcoming Bourne Sequel And Assassin's Creed Film. 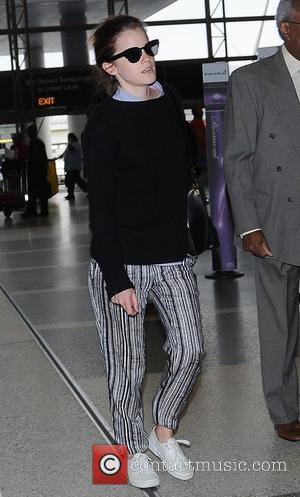 Vikander has become hot property after her widely-praised role as an intelligent robot in Ex MAChina and she has since been approached to star alongside Matt Damon in his return to the Jason Bourne franchise with director Paul Greengrass.

The actress is also in negotiations to play a leading role in the big screen adaptation of the Assassin's Creed video game, which would reunite her with her The Light Between Oceans co-star Michael Fassbender.

Scheduling issues are expected to force Vikander to step down from The Circle and as a result, producers have already made an offer to Harry Potter's Watson to step into the role as a young technology employee who becomes involved with a mysterious man, played by Hanks, according to Deadline.com.

James Ponsoldt adapted the Dave Eggers novel and will also direct the project, which was a top title at the Cannes Film Festival.