Emma Watson training to be a yoga teacher

Emma Watson is currently training to become a yoga teacher and underwent a week of meditation teaching as part of her course. 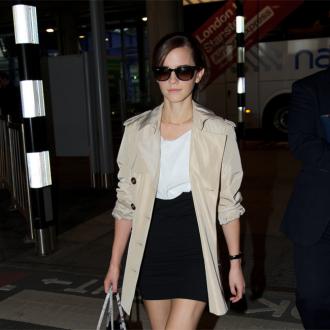 Emma Watson is training to become a yoga instructor.

The 25-year-old actress is a huge fan of the discipline and has been working on gaining her teaching credentials for a number of years, recently undertaking a week of meditation teaching, as part of her training.

Speaking to Nick Grimshaw on BBC Radio 1, she said: ''I'm a massive yoga fan and I've been trying, for a couple of years now, to finish my yoga certification so that I can teach, which is very exciting. And so as part of that certification I went into a week of meditation teaching, which was amazing and a super great experience.''

Meanwhile, Emma admitted that some of her friends were worried about her after she admitted to going on a silent retreat to deal with her split from rugby player Matt Janney in December.

Emma previously told Vogue magazine: ''I felt really uncomfortable, even before my relationship ended, I went on a silent retreat, because I really wanted to figure out how to be at home with myself.''

However, a friend thought the vow of silence was permanent, with Emma explaining on Radio 1: ''I got a call from my friend asking whether I was OK because apparently I had taken a vow of silence after my breakup and I wasn't speaking and I was like ''No, I have no idea where that came from'' but I'm not mute now or anything.''