Emma Watson needed time to put herself ''back together'' after filming 'Noah' because she was physically and emotionally exhausted by the biblical epic. 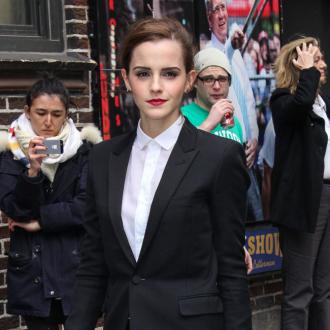 Emma Watson needed time to put herself ''back together'' after filming 'Noah.'

The British actress admits the new biblical epic had a huge impact on the way she views the world and made her want to give back more.

The 23-year-old star told E! News: ''You see the movie and you go, 'Wow, we are entrusted with this beautiful world,' and it kind of makes you want to make more of an effort and give back instead of take.''

She added: ''I was so physically and emotionally exhausted by just the process of making the film.

''I just didn't leave my apartment for a few weeks, walked around in my pyjamas for a few days in a row. I just needed some time to sort of put myself back together a bit.''

Emma, who shot to fame as Hermione Granger in the 'Harry Potter' movies, has won praise from fashion critics for making bolder choices on the red carpet recently and really enjoys trying out different looks.

She said: ''I've just really embraced that side of my job, I guess, because you have to do these appearances and so you might as well make it fun.''