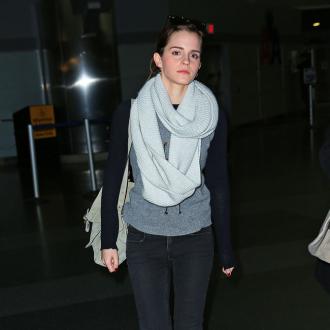 Emma Watson has been transformed into Julia Roberts' 'Pretty Woman' for the new issue of GQ magazine.

The 22-year-old star is seen ditching her good girl image and showing off her toned physique in a cut-out dress on the front cover of the magazine's latest issue, resembling the iconic outfit worn by the 45-year-old actress in the 1990 hit film.

In the interview, Emma speaks about her new role as Nikki in Sofia Coppola's 'The Bling Ring' and although she admits ''hating'' her character's personality, she welcomed the challenge of embodying someone so different to her.

She explained: ''When I read the script and I realised that essentially it was a meditation on fame and what it's become to our society, I had to do it.

''The character is everything that I felt strongly against - she's superficial, materialistic, vain, amoral. She's all of these things and I realised that I hated her. How do you play someone you hate?

''But I found it really interesting and it gave me a whole new insight into what my job or my role as an actress could be.''

Another reason Emma took on the controversial role was a deliberate attempt not to be stereotyped after playing witch Hermione Granger in the 'Harry Potter' films for the past 12 years.

She added: ''I was open-minded about doing anything but the one thing I didn't want to do was get myself into a corset because I was worried I would never get out again.

''This has been a really big departure for me. It's a really big character. That's so exciting for me because it meant I was really acting.''