Emma Watson was worried her role in 'Beast' would ''go away'' because she was cast so long ago and nothing had happened with the film. 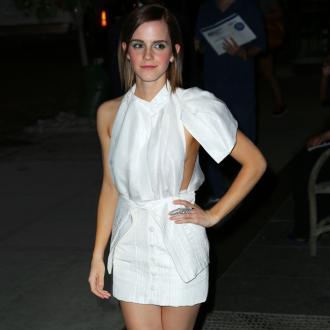 Emma Watson worried her 'Beast' role would ''go away''.

The 'Harry Potter' actress signed up to appear in the reimagining of classic fairytale 'Beauty and the Beast' over a year ago and was beginning to get concerned about the project until a recent meeting with director Guillermo Del Toro.

She told MTV News: ''We [del Toro and I] met a week or two ago, and we started working on the script, and it's going to go next summer.

''It's so funny, obviously I've been doing a lot of other work, and I was nervous. I was like, 'Is this going to go away?' And Guillermo is so psyched about it, and he's like been thinking about it so much.''

Emma can't wait to begin working on the role, particularly after seeing the filmmaker's infamous sketchbook containing his visions for the project.

Last August, Guillermo admitted he was keen to start work on the film while Emma was still ''perfect'' for the role.

He said: ''It's a movie that you have to make in the next few years for Emma to be perfect for the part.

''I think she is the perfect character to do that movie.''