Olivia Wilde was relieved when she found out 'Tron 3' was being axed because she hated her diet of tofu and seaweed juice. 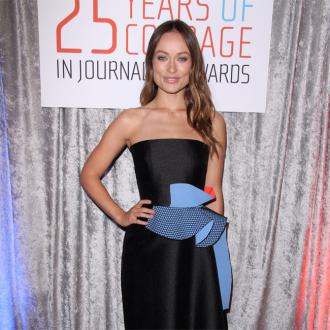 Olivia Wilde is happy 'Tron 3' was axed because she hated living on a diet of tofu and seaweed juice.

The 'Tron: Legacy' star has taken to Twitter to express her relief that the next film in the franchise has been scrapped, because of the strict food regime she had to follow for the role.

Following Disney's announcement that the film had been culled, the 31-year-old actress posted to Twitter: ''Tron fans! Don't trip. Now I don't have to live on seaweed juice and tofu dust for 6 months to fit into a rubber suit. (sic)''

The sci-fi feature film is said to have been axed because Disney wanted to focus more of its resources on live adaptations of its classic animated movies.

One of these films is the eagerly-awaited new 'Beauty and the Beast', which will feature 'Harry Potter' star Emma Watson and Dan Stevens.

Although Olivia is happy to see 'Tron 3' scrapper, her outlook is not shared by fans of the franchise.

It has come to light that disappointed fans have signed a petition on the internet, with as many as 18,000 signatures protesting and calling on Disney to reconsider its plan to abandon the film.