The 24 year-old, who called her announcement "truly humbling," will become an advocate for promoting the empowerment of young women and gender equality. 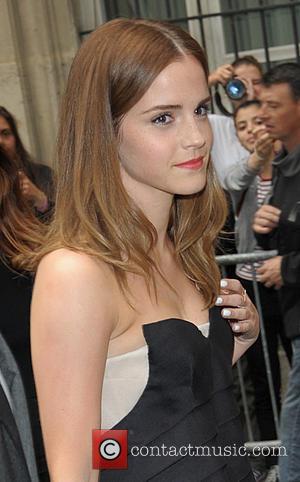 The British actress, known for playing Hermione Granger in the 'Harry Potter' film series, has been named the newest United Nations Goodwill Ambassador for women.

Watson first revealed the exciting news via her Twitter account, posting, "So excited to start work with the AMAZING people at UN Women!"

The UN organisation, focusing on gender equality and the empowerment of women, made the official announcement on Tuesday morning (July 8th).

The news travelled fast and eventually the UN Women's website crashed due to the heavy traffic it was receiving.

Watson's responsibilities in the new role include promoting the empowerment of young women and gender equality.

"We are thrilled and honoured to work with Emma, whom we believe embodies the values of UN Women," stated Phumzile Mlambo-Ngcuka, the Executive Director of UN Women.

Ms Mlambo-Ngcuka added, "The engagement of young people is critical for the advancement of gender equality in the 21st century, and I am convinced that Emma's intellect and passion will enable UN Women's messages to reach the hearts and minds of young people globally."

Watson must also dedicate herself to working with the 'HeForShe' campaign, which calls on the help of men and boys to eradicate the discrimination women and girls suffer from around the globe.

"Being asked to serve as UN Women's Goodwill Ambassador is truly humbling. The chance to make a real difference is not an opportunity that everyone is given and is one I have no intention of taking lightly," the 24 year-old actress said in a statement.

More: Emma Watson mastering riding for 'Queen of the Tearling'

"Women's rights are something so inextricably linked with who I am, so deeply personal and rooted in my life that I can't imagine an opportunity more exciting," she added. "I still have so much to learn, but as I progress I hope to bring more of my individual knowledge, experience and awareness to this role." Watson has been announced as UN's Goodwill Ambassador for women