Emmy Rossum has confessed she was so in awe on Naomi Watts when she met her she could barely speak. 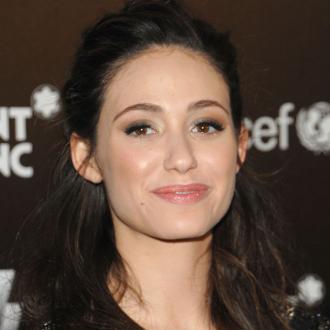 Emmy Rossum was star-struck when she met Naomi Watts.

The 'Beautiful Creatures' actress is a huge fan of the 'Impossible' star - who is nominated for the Best Actress Oscar - and when she finally got a chance to come face-to-face with her idol she could barely speak because of her excitement.

She said: ''A couple of weeks ago I saw Naomi Watts. I've met her before but she's so beautiful that I'm always a little in awe. I sort of nodded in her direction, 'You're so pretty and so insanely talented.'''

When it comes to other actresses there is nobody Emmy admires more than Naomi.

But when it comes to guys, the 26-year-old starlet has a big crush on Prince Harry and admits she always dreamt of marrying a ''fairytale'' prince when she grew up.

Emily previously said: ''I've always had a bit of a thing for Prince Harry. Growing up I used to pretend I was married to him in an alternate universe. Like any other seven year old I had a fairytale notion of growing up and marrying a prince. I still think he's pretty cute. He's also very boisterous, which is a good thing in a man. I'm not saying I want to marry him, but he's more than welcome to invite me out on a date.''