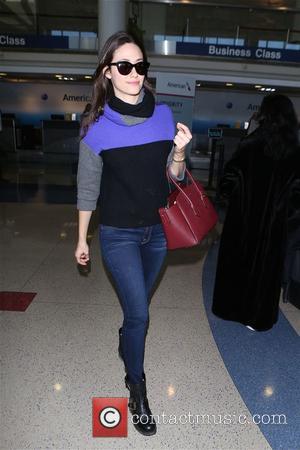 Emmy Rossum's representative has slammed rumours the actress is engaged, following reports suggesting she is planning to tie the knot with boyfriend Sam Esmail.

The Shameless star was photographed sporting a sparkling diamond gem on her left ring finger as she walked around New York City on Tuesday (16Dec14), and the pictures sparked speculation that her director beau Esmail had popped the question.

However, her representative shot down the rumours on Thursday (18Dec14), telling E! News, "Emmy is not engaged."

Rossum was previously married to music executive Justin Siegel, but they split in 2010 after almost two years together.