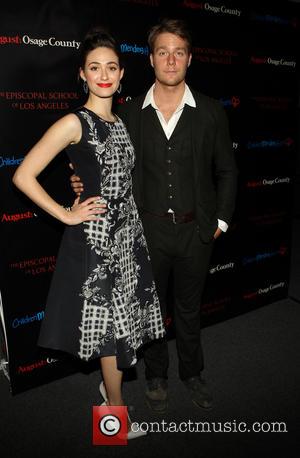 Emmy Rossum's festive vacation has taken an unfortunate turn as the actress is battling a nasty bout of food poisoning.

The Phantom of the Opera star flew to London on Christmas Day (25Dec13) to celebrate the holiday season, and has since been updating her fans by posting her snaps on Twitter.com.

However, the vacation has turned to disaster because the actress has fallen ill with suspected food poisoning.

She alerted fans to the bad news in a post on the social networking site, writing, "Food poisoning on vacation is the worrrrrrst (sic). Holiday Epic fail."