Country Star Emmylou Harris Struggled To Contain Her Emotions As She Accepted The Prestigious Polar Music Prize In Sweden On Tuesday (09jun15). 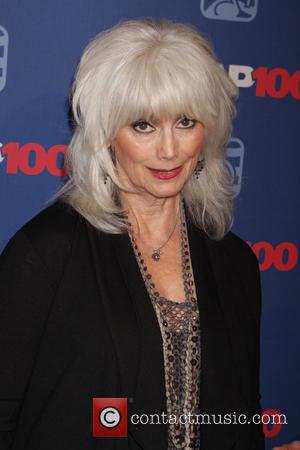 The veteran singer, along with Scottish percussionist Dame Evelyn Glennie, received the award from His Majesty King Carl XVI during the lavish ceremony at the Stockholm Concert Hall, which featured a string of musical tributes to the recipients.

Speaking after her acceptance speech, Harris says, "It's been so moving, first of all you're so honoured and humbled when you see all the wonderful artists that have gone before you in receiving this award. You almost want to pinch yourself. Everything was done so beautifully... the performances were beautiful... I have to say it was quite emotional. I will remember this evening for a long time."

She also received a video tribute from Bruce Springsteen and his wife Patti Scialfa. The Boss said, "Hey Emmylou! Congratulations on the Polar Music Prize. Well deserved and thank you for gracing our songs with your voice over the years. You are our American treasure, we love you. Have a great night."

The Polar Music Prize was founded by ABBA's former manager Stig Anderson in 1989 and is shared annually by a pop artist and a classical musician. Past honourees include Bjork, Chuck Berry and Paul Simon.