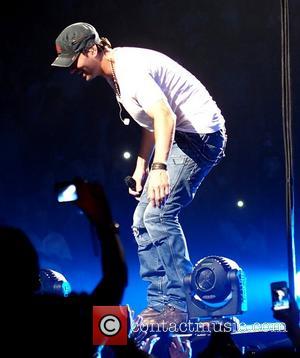 Picture: Enrique Iglesias performing live in concert on the opening night his tour with Jennifer Lopez at the Centre Bell Montreal, Canada - 14.07.12

Enrique Iglesias is resisting pressure from touring mate Jennifer Lopez to tie the knot with his girlfriend of 11 years Anna Kournikova, insisting they already feel like a married couple.
The Hero hitmaker has been dating the tennis star and model since 2001 but he sees no point in making their relationship official - however, Lopez begs to differ.
During a joint appearance on U.S. breakfast show Good Morning America on Tuesday (17Jul12), he said, "I think Jennifer and I think differently when it comes down to that. I don't think you need to be married to someone - that doesn't mean that you are going to love them more, that doesn't mean you're going to be any more loyal. I mean, at the end of the day, when you're with someone, you are married."
Yet Lopez clearly doesn't feel the same way, interrupting: "We had this discussion over dinner and it's a long discussion."
The On the Floor singer, who split from her third husband Marc Anthony last year (Jul12) and is currently dating dancer Casper Smart, insists she's open to the idea of getting hitched again, calling marriage the ultimate "fairytale": "I will never give up on that dream."