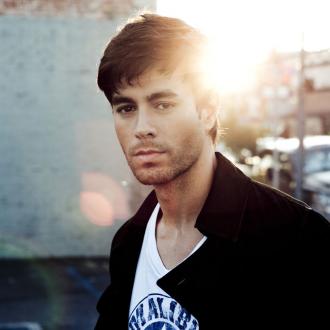 The 40-year-old singer sliced open two of his fingers as he attempted to grab a drone - which he sometimes uses to show the audience a point of view angle - during a performance at the Bull Fight Ring in Tijuana, Mexico, leaving his white t-shirt stained with blood, but he carried on for half an hour despite being advised to end the show.

Enrique's rep Joe Bonilla said on Instagram: ''Last night Enrique had a show at a bullfight ring in Tijuana, Mexico for 12k+ people as part of his #SexandLove world tour. During the show a drone is used to get crowd shots and some nights Enrique grabs the drone to give the audience a Point of View shot.

The 'Hero' hitmaker's rep went on to thank fans for their ''love and concern'' and revealed that Enrique was met by an ambulance at the nearby airport after his show, and is now seeing a specialist in Los Angeles.