Enrique Iglesias has reportedly been offered a judging role worth $4 million on the next series of 'American Idol'. 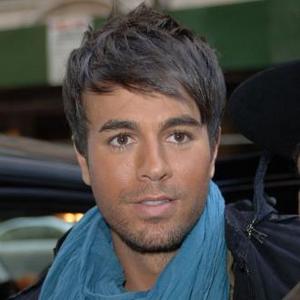 Enrique Iglesias has been offered a judging role on 'American Idol'.

The 'Hero' singer has reportedly been given the chance to join Mariah Carey - the only person confirmed to appear on the new panel so far - when the 12th series of the show returns next year.

Website Entertainment Weekly says he has been offered $4 million to appear on the talent search show.

If Enrique does take the role, he will have been in a good position to pick up tips from ex-judge Jennifer Lopez - who quit this year after two seasons - over the last few months as he has been touring with her.

Longstanding panelist Randy Jackson is thought to be stepping into more of a mentor role, while producers are thinking of expanding the judging desk to include four people.

In the frame are said to be rapper Nicki Minaj, Australian country artist Keith Urban and pop singer Adam Lambert.

Nicki has been keeping tight lipped as to whether she would accept a role on the show.

Weighing in with his opinion, singer-songwriter Ne-Yo said he could see how both Nicki and Enrique would work as judges on the show.

He said: ''Between Nicki and Enrique I think both of them would do a good job, but Enrique's been in The Game longer so he might have a bit more insight on what these kids need to know.

''But see, on The Other Side of that, Nicki has basically gone through what they are about to go through recently, so I don't know, it's a toss up.''