Enrique Iglesias to wed next week 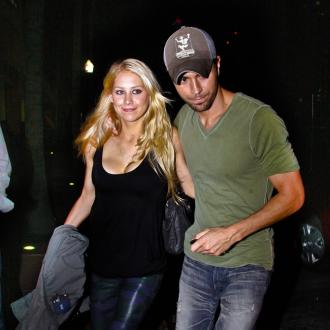 Enrique Iglesias is to marry next week.

The 'Hero' singer - who turns 38 tomorrow (08.05.13) - will reportedly tie the knot with long-term girlfriend Anna Kournikova in Miami in a star-studded ceremony.

A source said: ''Anna's been gagging to get married for years but Enrique's resisted, openly talking about how he doesn't want to settle.

''They're finally going to do it next week and have invited stars including Nicole Scherzinger, Lewis Hamilton, Jennifer Lopez, Eva Longoria and David and Victoria Beckham.''

The couple have been together for around 12 years and have repeatedly been the subject of speculation to have married in secret.

However, a source insists Enrique and 31-year-old retired tennis star Anna have always planned for their nuptials to be ''lavish''.

The source added to The Sun newspaper: ''They wouldn't have done it in secret as they want it to be lavish.

''This is going to be a huge wedding in front of their celeb pals. They are going all out - it's going to be a massive ceremony with an over-the-top reception.''

Enrique - whose father is legendary crooner Julio Iglesias - has previously spoken of his believe that marriage isn't important.

He has said: ''I've never really thought marriage would make a difference. Maybe it's because I come from divorced parents, but I don't think you love someone more because of a piece of paper. And nowadays, it's not taboo to have kids and not be married. What makes a difference is that you're a good parent, period.''