Guests at the 2014 MTV Europe Music Awards will be gifted the MTV EMA Artist Case, which contains holidays, headphones, jewellery and condoms. 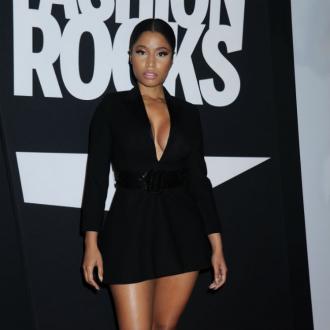 Guests at the 2014 MTV Europe Music Awards will be gifted headphones, jewellery and condoms as part of a luxury hamper.

Presenters, performers and guests who are attending the 2014 MTV EMAs - which takes place in Glasgow, Scotland on Sunday, November 9 - will be presented with the 2014 MTV EMA Artist Case, containing a variety of beauty products, clothes, gadgets and accessories.

The lucky attendees will be treated to an exclusive 'Rock Out' edition of the MTV EMA 2014 Make-up Gift Set courtesy of their international sponsor, essence, as well as a set of headphones from the House of Marley, and even a two-night stay in a luxury suite from a selection of the world's best 5 star hotels and resorts, courtesy of Leading Hotels Of The World.

The event's fellow international sponsor Durex are even providing guests with boxes of 'Real Feel Condoms' and 'Embrace Pleasure Gels'.

Performers such as Enrique Iglesias, Calvin Harris, Charli XCX, Kiesza, Royal Blood, Ariana Grande, Ed Sheeran, and the show's host Nicki Minaj will also be pampered backstage with a number of luxury treatments, including massages and facials at the Organic Pharmacy Spa and Health Clinic, use of the Fake Bake Spray Tan booth, as well as heavenly head, neck and shoulder massages courtesy of the MTV Ibiza Angels.

The 2014 MTV EMA will broadcast worldwide on Sunday, November 9th at 9.00pm from the SSE Hydro in Glasgow.