Review of The Mindsweep Album by Enter Shikari

Over the better part of the last decade, Enter Shikari haven't only been one of the biggest UK bands, but one of the best and for many reasons. Across their three albums, they've been diversely fusing hardcore/metal and electronica, using this hybrid to cover a wide array of flavours and moods be it poppy and optimistic or aggressive and furious. They've always had strong hooks no matter what style they were covering, they're insane live and, perhaps most importantly, they've had a genuine and focused socio-political message. All those elements are present on newest album 'The Mindsweep' but are they just as interesting the fourth time around?

'The Appeal & The Mindsweep' is a spoken word introduction which is to be expected for the first song on an Enter Shikari record at this point. It features their most calculated and chilling electronics yet indicating where their main focus will be on this album. When the heaviness comes in, it does the job but it's not as exhilarating as it's been in the past. Vocalist Rou Reynolds is screaming, 'I am a mindsweeper, focus on me' and there are down tuned guitars but they're not played with a whole lot of strength, lessening the impact. There's a sense that they feel the need to put some gruff in as opposed to actually wanting to.

'The One True Colour' is an improvement with a shaky synth-line and organic combination of gentleness and anger, plus a soothing bridge with strings and harmonised backing vocals that correspond with the stomp of the song. 'The Last Garrison' also gives the album a boost, being an absolute beast of a track with high pitched synth/guitar stabs juxtaposed with the 80s bouncy tone that quickly follows. You can picture bloody mosh pits one second and then feel like going to the beach the next. It's hands down the strongest track on the album, making it clear why this was the lead single. The lyrics ('still air in my lungs, still blood in my veins') summon feelings of determination and fortitude and paint imagery of not giving in.

'Myopia' adds more strength with eerie synths mirroring the sounds of a music box which are contrasted by a stampede of chugging guitars coming out of nowhere. The formula of rock and electronic is certainly nothing new for the band, but they've always managed to keep it fresh and here is no different. The cooler 'Torn Apart' continues to tread this territory for the band with flickering beeps throughout. However, it seems that Shikari's fire has been compromised for this subtlety. It's interesting, but doesn't make you want to go mental which has been the main appeal of Enter Shikari for many years.

The only song on 'The Mindsweep' that can really be called bad is 'There's A Price On Your Head' - a pathetic attempt of aggression. Reynolds' vocals sound like a parody as he frantically rambles about upper, middle and lower classes. It's the first time their political consciousness sounds vague, like they don't know what they're really talking about, even if they do. Again, it pales compared to previous songs like this by the band, but isn't any better even if you're not weighing it against past efforts. There are tinges of mathcore and playful strings to help it out, but the actual 'ferocity' feels like a kid having a tantrum, not anything actually fearsome. It helps make sense of why much of this album is missing energy if this is how it'd be if there was, but then you wonder what makes 'The Last Garrison' such an accomplished heavy song.

The last highlight of this album is the penultimate 'Dear Future Historians' which is mainly a soft, touching piano number where lyrically Reynolds addresses the people who will be on this Earth when he passes away, saying he doesn't know what this world will be like when he's not in it but he wants to make this a good world for them. It's clever and heartfelt, unlike the actual song that closes 'The Mindsweep'. 'The Appeal & The Mindsweep II' is the counterpart to the opener of this album, and, just like its parallel, it's average. Hell, it's more or less the same song with the same insincere riff and the same lyrical concept. There's such a strong album closer in 'Dear Future Historians' that it seems just plain stupid to then end with what is basically the first track albeit with some horns.

'The Mindsweep' is far from a bad album, but it's a disappointing one nonetheless. If this is your first time listening to Enter Shikari, you may be amazed at their unique sound, but once you listen to any of their previous three albums, this one will become less impressive. While all the things that make Enter Shikari great are present, the ingredients have been undercooked. There's energy and fury that isn't overly powerful, their message is present but doesn't come through clearly most of the time and many of the songs aren't incredibly memorable. Most of the songs are good, some are fantastic, but overall this feels like a slip-up for Enter Shikari, so let's just hope they can do better next time around. 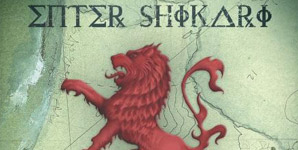 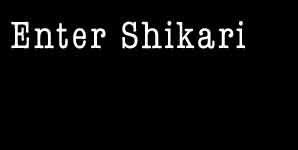