Fact: Orchestral Manoeuvres In The Dark and Erasure star Vince Clarke will headline the inaugural Festival Mute Mexico next month (Mar15). The event is curated by Mute founder Daniel Miller, and will also feature live sets from Liars and Ben Frost, while Clarke and Miller will serve as Djs.

Fact: Pop duo Erasure have mined Hollywood's classic black and white monster movies for their new Halloween video for the single Dead of Night. Lon Chaney and Boris Karloff and their mummies, Draculas, werewolves and Frankensteins feature prominently in the promo.

Fact: Erasure star Vince Clarke has recruited rocker Jack Antonoff to remix the British pop veteran's new single, Elevation, after working together on new music for the fun. member's debut album with his side project Bleachers, reports the New York Post. Clarke helped to produce a number of tracks on Bleachers' Strange Desire, including I Wanna Get Better.

Fact: Pop duo Erasure are set to play a massive 58-date U.S. and European tour to promote their 16th studio album The Violent Flame later this year (14). After two warm-up festival shows in England in August (14), Andy Bell and Vince Clarke will embark on a huge tour, which will conclude with a New Year's Eve (31Dec14) show in New York. The Violet Flame Tour begins in Miami, Florida on 22 September (14), and also includes a Halloween show at The Palms in Las Vegas.

Quote: "You did it privately, not like now. Then you realise it's becoming your life and there are more important things. You can't sustain it. We had our dark times on drugs. We were down and paranoid." Erasure star Vince Clarke on why he and bandmate Andy Bell quit drugs. 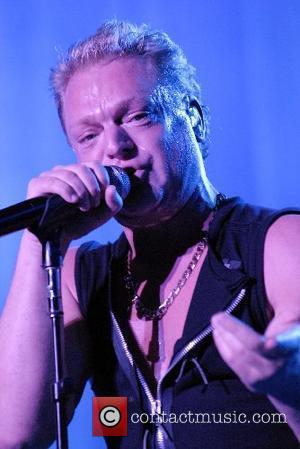