Back As A Baddie: Eric Bana On The Joys Of Being A Psychopath in Deadfall 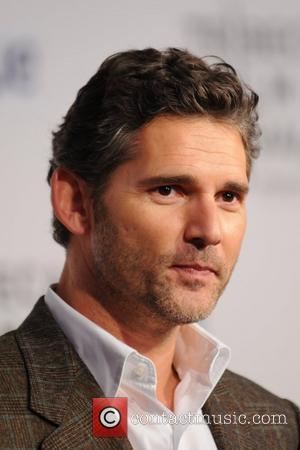 Eric Bana’s back to life as a baddie in Deadfall. He stars opposite Olivia Wilde in the movie, in which he plays a gun-toting psycho.

In his own words, the movie is “an adult drama where essentially it's all pushing us toward a scene where a dysfunctional family sits around the table at Thanksgiving, and is forced to give thanks because I have a shot gun pointed at their heads.” Cheery stuff, Bana… cheery stuff.

Explaining why he took on the role, he explained “I just thought it was a very well-written script; I thought it was very entertaining… It’s hard finding great scripts and it’s hard finding great dialogue and I really felt that this is a case where the two came together.” Talking about his co-star Olivia Wilde, Bana said “she’s a doll, you know and she’s very funny. You don’t get a true sense of that with Liza, her character, but no, she was great to work with… I just wish I’d had more stuff with her in the film. I got a kiss in, though. Managed to squeeze a kiss in. Even though she does play my sister.”

Not to be confused with the 1993 Nicolas Cage movie of the same name – or indeed with the recent James Bond movie, Skyfall – Deadfall is released today (December 7, 2012) and also stars Charlie Hunnam, Sissy Spacek and Kris Kristofferson.

Watch the trailer for Deadfall