'Closed Circuit' boasts a stunning cast, though fails to deliver when required. 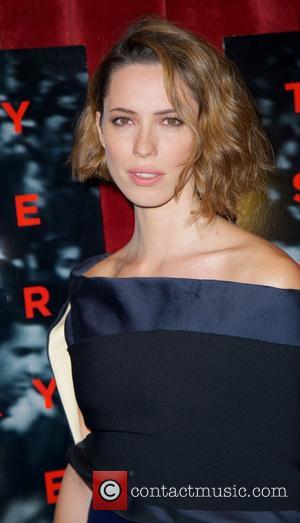 Closed Circuit, the new crime-thriller from Is Anybody There? director John Crowley, has failed to impress the critics ahead of its highly anticipated release this week. The international suspense thriller features a glittering cast including Eric Bana, the superb Rebecca Hall and Jim Broadbent, though was criticized for its pacing and urgency.

The movie focuses on a high-profile terrorism case that unexpectantly binds together two ex-lovers on the defense team. One morning, a busy London market is hit by an bombing, though only one member of the accused survives and is arrested and jailed.

Preparations begin for one of the trials of the century, though here's the hitch: the government will use classified information to prosecute the man - evidence so secret that neither he nor his lawyers can see it. When the accused's lawyer dies expectantly, a feisty young replacement (Bana) steps up to the plate and begins to untangle a web of conspiracy, which all sounds great, but the critics can take or leave it.

"It fails as a critique of draconian security states and surveillance culture, moving too fast to properly consider any of the well-worn ideas it glosses over," said Slant magazine.

"The whole picture is lifeless and without consequence and by the time everyone is chasing each other in the last scenes I guarantee your mind will be off somewhere," said Jordan Hoffman of Film.com.

There are some positive reviews, though even those flirt with criticism. Jocelyn Noveck of the Associated Press said: "A smart script by Steven Knight keeps the action humming along smoothly and concisely - if sometimes, it must be said, a bit illogically."

Made on a budget of just $15 million, John Crowley's Closed Circuit isn't going to be a financial disaster - in fact, it'll probably make some cash - but with a strong leading cast and support coming from the likes of Anne-Marie Duff and Ciarán Hinds it's not difficult to assume this has been a serious missed opportunity.

See all our pictures of Rebecca Hall, Eric Bana and others at the Closed Circuit screening in New York. Eric Bana At The 'Closed Citcuit' Screening at Tribeca ~
Julia Stiles At The 'Closed Circuit' Screening in New York