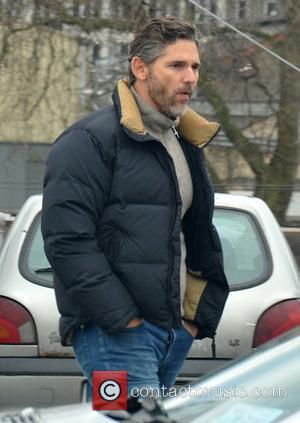 Picture: Eric Bana - Actress Venessa Redgrave seen have a smoke break outside her trailer on the set of The Secret Scripture.Also seen onset was actor...

Eric Bana is going back in time again to play King Arthur's dad.

The Australian star, who portrayed Hector in Troy and Henry Tudor in The Other Boleyn Girl, has signed on to play Uther Pendragon in director Guy Ritchie's new film about the Knights of the Round Table, according to Variety.

Charlie Hunnam will play his son in the historical epic, while Jude Law and Djimon Hounsou will also feature.