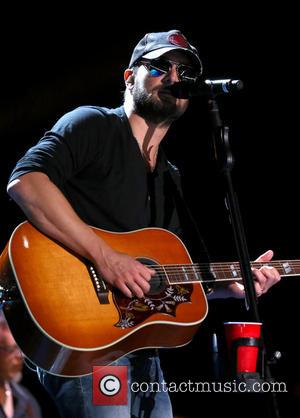 Country singer Eric Church is on a crusade to stop scalpers from swindling concertgoers, insisting the act is "criminal" and should be made illegal.

Last month (Apr14) prime seats for the Springsteen hitmaker's upcoming September (14) concert in Minneapolis, Minnesota sold out almost immediately, prompting an outrage from fans who complained they never even got a chance to buy them.

Church blamed scalpers for purchasing the tickets with the intent of selling them at high prices closer to the show, and he subsequently pulled 902 of the tickets he believes were sold to touts.

While the tickets were put back on sale last Friday (25Apr14), Church tells Chicago radio station Us 99.5 that he is now determined to prevent eager moneymakers from cheating the real fans from a fair deal on the concerts tickets.

He stated, "It's criminal. We're going to do everything we can... We certainly made it a focal point with this entire tour that we're going to make it as difficult as we can for them to do their job.

"I want people to understand that part of my problem with it is the fairness. If it was a level playing field, it wouldn't be what it is."

Church added, "As a fan, when you get on the Internet or you get on the phone, you have a minute percentage of the same chance a scalping company has. It should be criminal. My big problem is that it's not an illegal activity."

While reselling tickets for profit is illegal in some U.S. states, the law is not uniform across the U.S., with some more heavily regulated than others.

In Minnesota there are no anti-scalping laws.