Influential guitarist Bert Weedon - whose popular tutorial manual 'Play In A Day' taught the likes of Eric Clapton, Paul McCartney, John Lennon and Brian May how to play - has died at the age of 91. 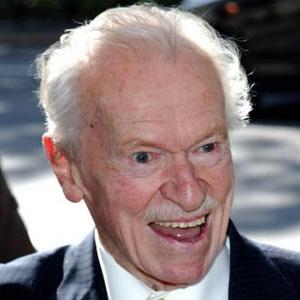 The 91-year-old guitarist - whose popular tutorial manual 'Play In A Day' taught the likes of Eric Clapton, Sir Paul McCartney and Brian May how to play - passed away at his home in Beaconsfield this morning (20.04.12) in South East England after a long battle with illness.

Speaking about his friend - who was awarded an OBE in the 2001 Queen's Birthday Honours List for his services to music - singer-and-guitarist Joe Brown said: ''I am very sad to hear of the death of my dear old friend and brother Water Rat Bert Weedon who was a lovely man and a great inspiration to many British guitar players in the early days, myself included. My heart goes out to his wife Maggie and all the family.''

David Arnold - who composes the music for the James Bond films - paid tribute to Weedon on his twitter page, writing ''Sad news ... Bert Weedon died. Learned my first chords from Play in a Day.''

Bert is survived by his wife Maggie and two sons, Lionel and Geoffrey.