Eric Erlandson: 'Cobain Was Working On Classic Solo Album When He Died' 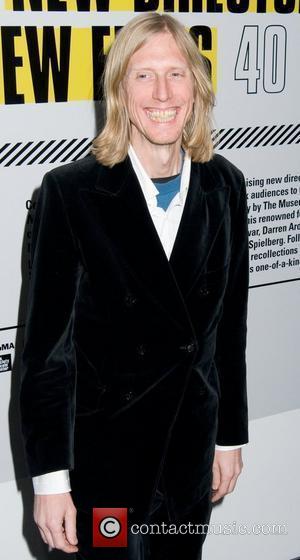 Hole star Eric Erlandson has revealed his late pal Kurt Cobain had an album's worth of demos recorded before his death in 1994 - and he fears no one will ever hear the tracks.
The guitarist says the tragic Nirvana frontman was working on the best album of his career at the time of his suicide.
He tells cable music network Fuse, "He was headed in a direction that was really cool. It would have been his White Album (classic Beatles release).
"That's really what he was going towards, a solo album but working with different people. I was really excited about some of the stuff he was working on. I got to see him play it in front of me. That's why I was really sad (when he died).
"I was like, 'Oh man, not only are you cutting off a life, but a message to the world, a musical path is just left with... (Gavin Rossdale's band) Bush and all this other stuff. He was cut short. Who knows where this music would have gone?"
And he can only hope that someone will have the sense to release the solo tracks.
He adds, "I'm not in control of things. I just wish something would come together. I think the fans would be a lot happier. If nobody ever hears those songs, except for like three people, then... that's the way it goes."
Earlier this month (Apr12), Erlandson released his memoirs, Letters To Kurt, which detailed his friendship with Cobain and the Nirvana frontman's death.

Eric Erlandson: 'Cobain Was Working On Classic Solo Album When He Died'