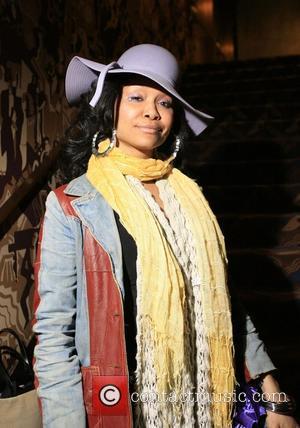 R+B star Erykah Badu didn't waste her five year break from music - she had a child and became a certified holistic healer.
The singer is back in 2008 with new album New Amerykah, half a decade after the release of Worldwide Underground.
And she's keen to point out that she hasn't exactly been sitting around relaxing during her time off.
Besides becoming a second-time mum - to rapper The D.O.C.'s daughter Puma - she has worked with her youth charity Beautiful Love Incorporated Non Profit Development (B.L.I.N.D.) and studied reiki - a type of healing therapy.
She explains, "I became a second-degree reiki practitioner. I'm not just a recording artist. I do many things and try to put my hand in many places."