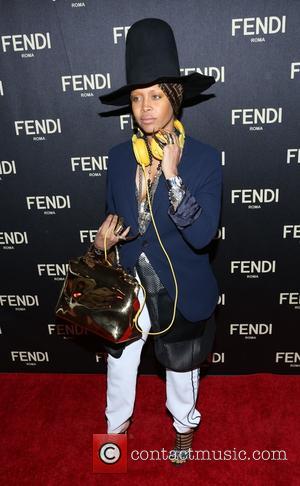 Soul icon Erykah Badu decided to spread a little love on Valentine's Day (14Feb15) after refusing to be drawn into a Twitter feud with confrontational rapper Azealia Banks.

The dispute began on Thursday (12Feb15), when a fan asked Badu if she listens to Banks' music, to which she simply replied, "tried".

The On & On hitmaker didn't expand on her answer, but the brief tweet caught the hip-hop newcomer's attention on Saturday and Banks subsequently blasted Badu in a series of angry posts, suggesting "jealousy" was to blame for the criticism.

She then ranted, "When artists grow old and begin to recognize their own mortality they throw shade at (criticise) younger spirits. We see it happen All the time. Whether or not you like me... You are Watching, and that's what's most important."

Badu refused to remain silent, but instead of firing back at Banks, she decided to put the rapper at ease, replying, "Well s**t I did try. Maybe you're right.. I'm just to old to get it. You cool tho (sic)?"

A calmer Banks then responded, "I'm cool, I was just trying to make sure you were cool...."