Ethan Hawke Reteaming With Denzel Washington For The Magnificent Seven 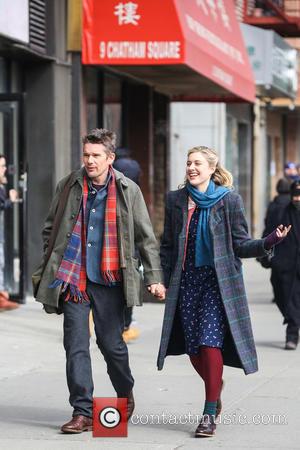 Ethan Hawke is reuniting with his Training Day co-star Denzel Washington for the upcoming remake of classic western The Magnificent Seven.

The Boyhood star is nearing a deal to become one of the gang of gunslingers in the new version of the iconic 1960 John Sturges film, according to TheWrap.

The casting not only reunites Hawke with Oscar-winner Washington, but also with their director Antoine Fuqua, who will helm the western, nearly 15 years after Training Day.

Guardians of the Galaxy star Chris Pratt and actress Haley Bennett will also co-star in the film, which was written by True Detective creator Nic Pizzolatto and The Blind Side director John Lee Hancock.